My mom's third youngest sister is 91 years old today, and she wears it as gracefully as her name. There she is with two of her nine great grandchildren. The photo below is of two of her eight granddaughters, with another one of her greats. She also has one grandson among those eight granddaughter girls. 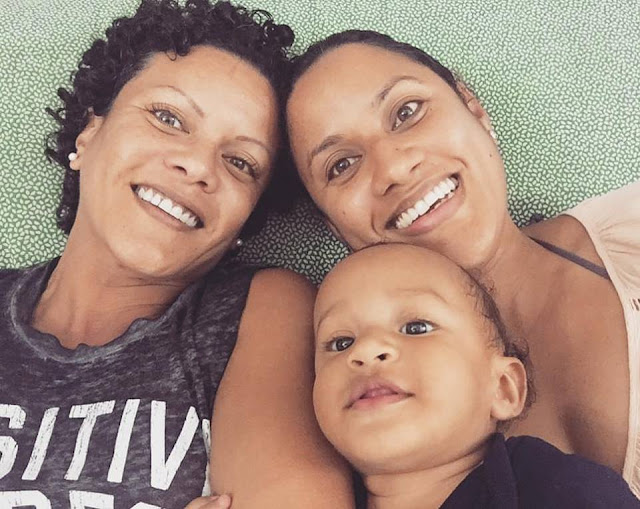 I've probably lost you in all the numbers, but here's another cherished one: Aunt Grace is one of the six girls in my mom's family, and they stayed extraordinarily close their entire lives. Three of the six, including my mom, are gone now, and the youngest two are not doing well. One had a stroke last week and is in the hospital as I write this. She also suffers from Alzheimers. The other is in and out of hospital with respiratory issues, and is too weak to travel anywhere else. Aunt Grace is the only one left who is up and about, jet setting between her children in Jamaica, The Bahamas, and Vancouver. 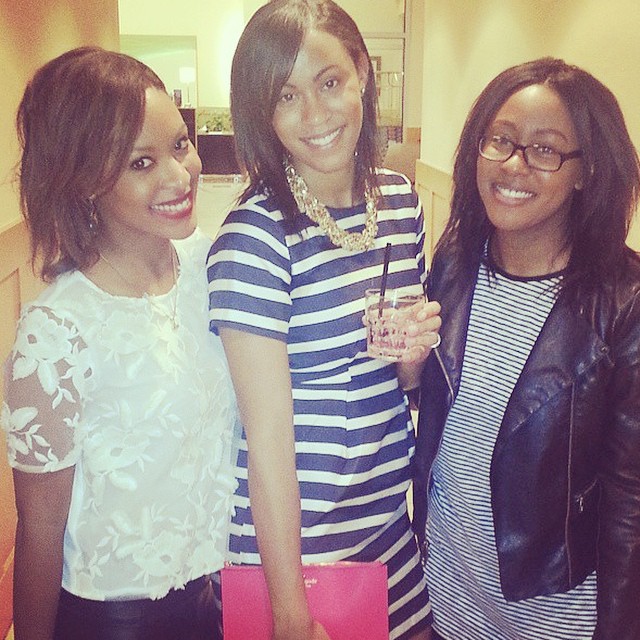 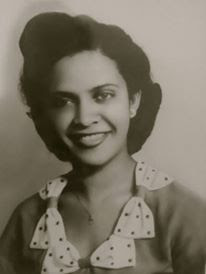 Those are the Vancouver granddaughters. There are four of them. The one that's missing now lives in Alberta with her husband and five kids. As you can see, our birthday girl has spawned some good looking offspring. In case you think that's an accident, here's a photo of Grace when she was in her early twenties. She was a beauty then, and she's a beauty now, inside and out, but even more than that, Aunt Grace has a delightful wit, and it doesn't quit. Her laugh rings out like bells.

Aunt Grace lives in Toronto, and loves having her own apartment, even though her two daughters both live in very elegant houses with suites set aside for her. Aunt Grace has many friends in Toronto, people she calls her "angels." Her daughters flew to be with her for her big day. She is the sister whose voice is so like my mother's even their own children couldn't tell them apart. That she is 91 today, and doing well, fills my heart to bursting.
Posted by 37paddington at 12:35 PM