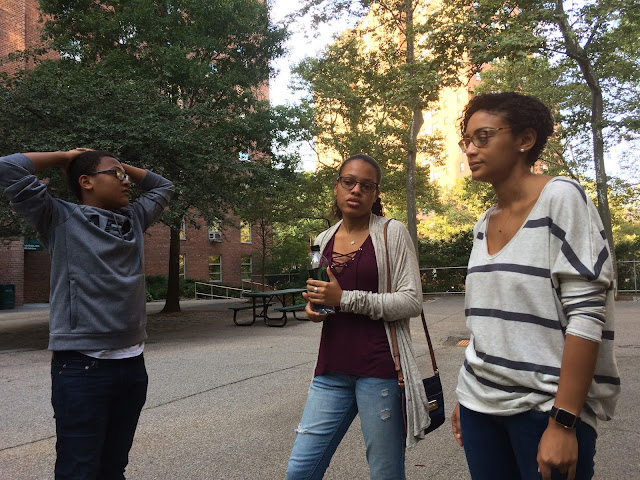 It's been great having my niece and nephew here from Jamaica this week. Their big sis, who now lives in New York City, has been taking them around, showing them the sights. They're easy to have; they don't emerge from their rooms till noon, and rather appreciate that I don't have an issue with that. If I don't happen to be in the kitchen when they're ready for breakfast, they get out the frozen waffles and the fresh strawberries themselves, the maple syrup and the whipped cream, and they build their preferred concoctions using said ingredients.

I suspect their breakfast at home is rather healthier fare that store-bought frozen waffles, but hey, I'm the aunt, this what they said they wanted. One week won't hurt them. They spend inordinate amounts of time staring at their phone screens, and I don't complain about that either. They look up enough to engage in conversation about all manner of subjects. They're both brilliant students, aces in school, and opinionated, like the rest of the family. Being bright, opinionated and analytical are fine foundations for scintillating exchanges of the mind. I love getting their take on the world.

My daughter is taking them to Smorgasbord in Brooklyn today. That's an outdoor food festival with vendors selling all manner of exotic fare. My nephew in particular is a budding foodie, and will enjoy himself tremendously. His sister will go along.

I haven't written about my husband's progress. Yesterday everything seemed to be going backwards. He is not better. He has grown quiet. We will see what the new week brings.