My brother and his two younger kids, ages 16 and 13, arrived this morning and will be with us for the week. Their older sister is my niece, the dentist with the edgy new asymmetrical haircut. She and her boyfriend went to a wedding in Baltimore this weekend, and posted this picture. They sure do clean up nice. 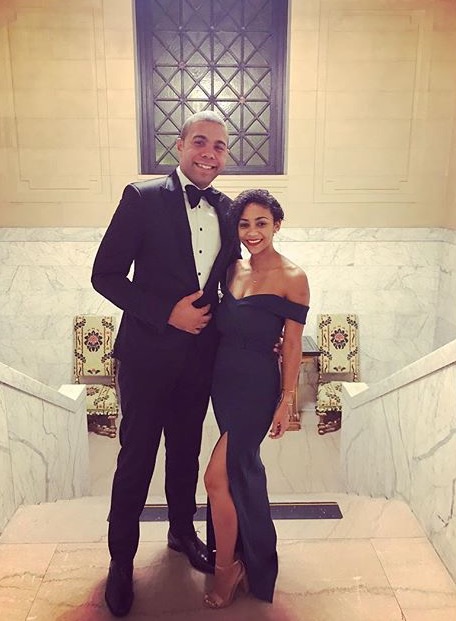 My daughter is thrilled her Jamaican cousins are here. She worried that after their grandma died, they wouldn't see each other as much, and she's happy to know she was wrong. She, however, is in St. Lucia with her boyfriend. My son and his girlfriend are also there. It's all sun and sea and night life, and I believe they're having a good time. My daughter posted this picture of herself on the beach they grew up on, across the street from their grandma's house. They all return tomorrow. 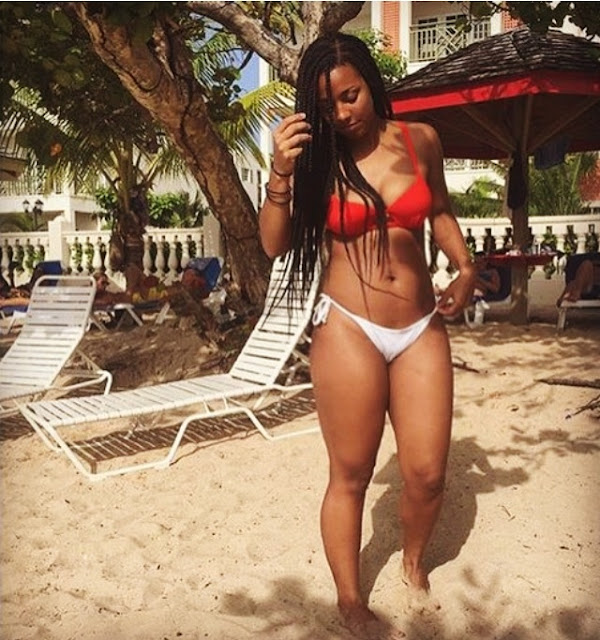 As long as I'm posting photos of beautiful young women in my family, here's one of my niece taken earlier this summer, on the night of her high school prom. When on earth did she get this grown? Her brother, too, now a teenager, is taller than I am. He used to be so uninterested in the rest of us, and now he's fully and delightfully engaged, to very comical effect. 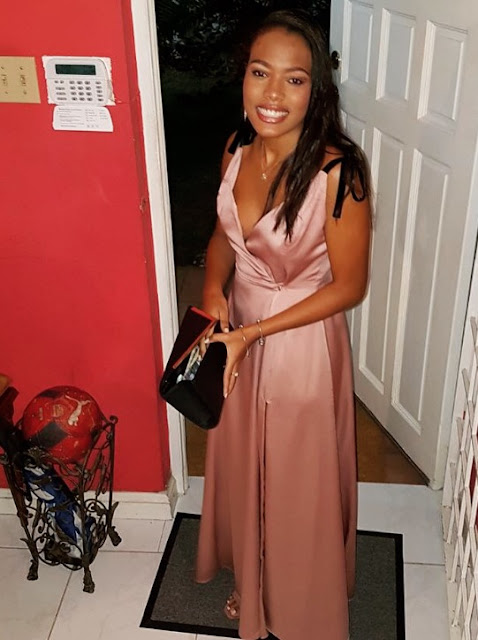 Back in New York, my husband is on the mend, sitting up most of the day, and moving around the house with his cane. You can tell he's been sick. He's unshaven, which he usually isn't, but he did manage to shave his head a couple of nights ago, so he looks more like himself. He's quieter than usual amid the hubbub. I realize how much I miss his voice telling stories. Our living room was full all day. Along with our houseguests, my niece and her boyfriend came over, and we all just hung out, chatting, intermittently watching TV, catching up. There's not much else report, except that day by day, my husband is getting better, and that's everything. Thank you for all your comments and concern. I'm so grateful to have this community of souls. I felt your prayers and wishes for healing. I think they're working.
Posted by 37paddington at 10:06 PM