Morning in the city

I went out early this morning to get the man a neck brace. His back is improving slowly, but now his neck is giving him hell, as he's been using it to stabilize his spine for the last two weeks and some. The heating pad has migrated from under his back to under his neck, so a neck brace seemed to be in order. He is now dozing with his neck immobilized. Before that, he walked to the bathroom and back without bracing against the walls much. He said he felt as if he was a misshapen C, but in fact his posture was straight and tall. It meant his back was holding him up without unbearable pain. I took it as a promise. 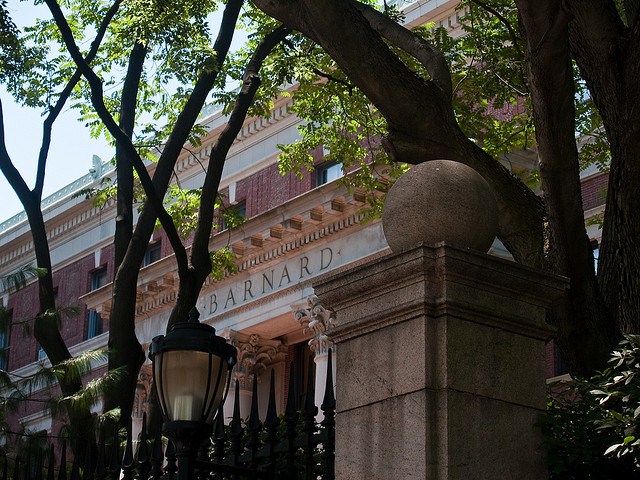 It felt peaceful strolling the city in the early morning. It's a beautiful day, not too warm, not in the least bit humid, the light falling at an angle just so. The man at the medical supply store was a bodhisattva, showing me the pros and cons of different braces, letting me know that if I needed it, they could deliver whatever else I might require. I don't know what it was about him. He just seemed so calm, so grounded and kind. It was impossible to think in a catastrophic way in his presence. I left feeling as if everything will be okay, I just have to give it time. 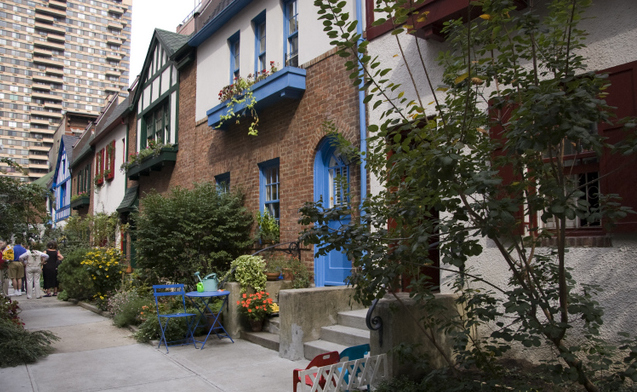 Photos:
1. Barnard College, my alma mater. Those are the windows of the English department on the fourth floor. I knew it well. I was an English/Writing and Geography/Cartography double major. Such a long time ago, now. And yet, a blink.
2. Pomander Walk is a hidden Tudor-style village right on 94th Street on the Upper West Side. I lived in this city for decades before I even knew it was there.