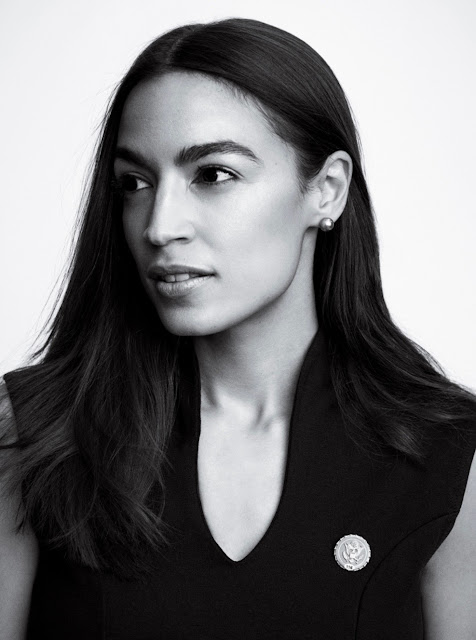 It's 6 a.m and I am already at my desk. Rain drums against my window, hypnotic, soothing. The chapter I'm working on is called "Zombie Land." I'm sorry to be so silent on your blogs. I'm slightly underwater work wise. But if you need something to cheer for in this era of political zombies, please watch New York congresswoman Alexandrio Ocasio-Cortez's wonderful defense of women and girls here. She was speaking on the House floor yesterday in response to Florida Republican Ted Yoho having called her "a fucking bitch" on the steps of the Capitol because she had linked poverty to crime. Members of the press overheard him and reported his words. He then denied he had said such a thing because after all, he has a wife and daughters. "Having a daughter does not make a man decent," AOC countered. "Having a wife does not make a decent man. Treating people with dignity and respect makes a decent man." As writer Rebbeca Traister observed, "watching a truly natural political talent at the start of her career is extremely exhilarating."