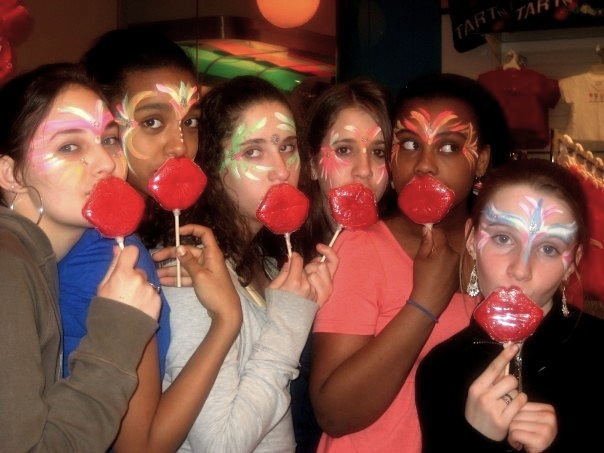 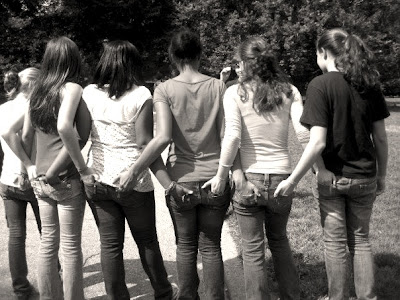 They have been friends since they were four and five and six and seven, they have romped through the rooms of each other's homes, arms open wide, they have weathered the growing pains, held on fiercely during the fifth-grade girl wars, questioned each other urgently about feelings and motivations, went out onto the fire escape en masse to discuss their hurts, and then stayed out there until they could hold one another close again. The teachers understood and let them. We all watched as they arranged and rearranged themselves in every variation and grouping until at last they surrendered and called themselves simply, "the six."

Who will be at the sleepover? "Just the six."

I stand in awe of these girls, of their capacity to give and forgive and to accept and to know one another for exactly who they are, who they are becoming, who they will be. They have no idea how breathtaking they are, how beautiful, how generous, how relentless, how wise. It is something to witness their friendship unfolding over the span of years, through superhero laughter and budding bodies and wretched high school complications. Through it all, they have been there for each other, whispering their secrets into trusted hearts, knowing they are fully encircled by love.
Posted by 37paddington at 8:19 PM