My son, since he wouldn't be here on Father's Day, gave his dad a card three days ago. On the outside it said, "Dad, I want to GROW UP to be JUST LIKE YOU." On the inside it said, "But Mom says I can't do BOTH." After his dad read it, they guffawed and high fived and jumped around and generally proved me right.

My daughter's plan was to make her dad creme brulee, which he loves. This she would have to serve to him on Saturday night, since his father's day would be spent ferrying her to camp, where she will be a counselor for the next five weeks. We don't own a blow torch, though, so she decided she would buy one and make that his father's day gift. These two. They give each other gifts of cookware that they've been eyeing for themselves. Everyone wins. 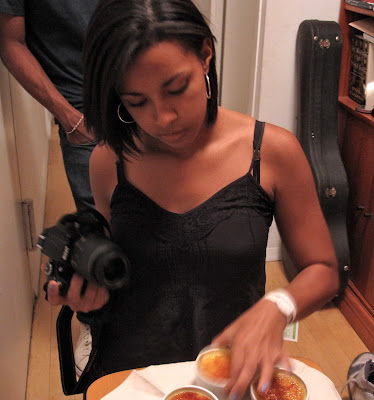 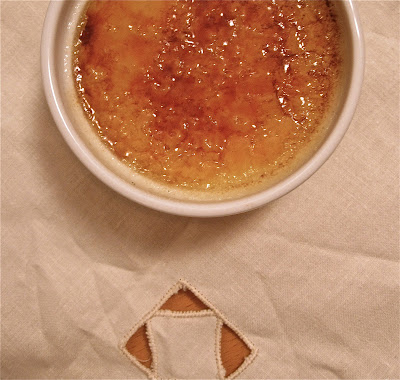 That's a new camera our girl is using by the way. It was her graduation gift. No longer will she have to commandeer her dad's grown up camera; she now has her own Nikon that she can take to college. As for me, I snapped the proceedings with my little red Canon Sure Shot, and will live with the rather red tones imparted by our kitchen and hallway lighting. Her photos of the creme brulee came out much better than mine.

And now our girl has gone to camp. And on its heels will be college. She got her freshman housing assignment yesterday. It's why I've been taking so many pictures of her this month. I want to record it all before she heads off to the next four years. It's how I'm getting ready for the next stage.