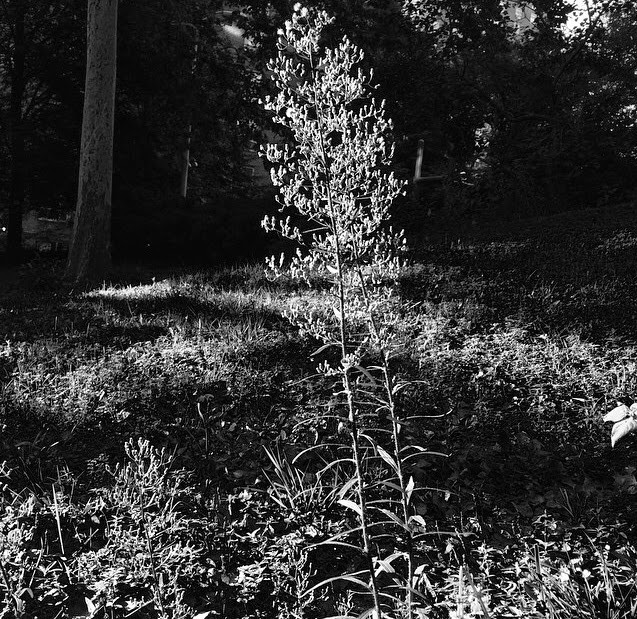 The two photos above are by my husband. In honor of his dad, he posted on IG in black and white only for a month. I found his images to be absolutely stunning. They seem particularly appropriate for this day.

I am finally starting to peel back the layers of the childhood of the person whose book I am ghostwriting. It took me several hours of interviews to get to the fact that he was bullied as a child, which he only happened to mention in passing. There is so much more but I have stop right there for the sake of everyone's privacy. My subject speaks in a fairly oblique way. He doesn't enjoy delving into anger or sorrow or emotional negativity and will start to get vague on the details. But it's the details I need to craft any kind of a story and so he is willing to be led there. He says that his mother will also be happy to talk to me. I know she'll have pieces of the puzzle he's not shared. I feel as if I am back in school, or maybe just on a crazy steep learning curve. But this person's fundamental kindness makes me want to do his story justice, so I press on.

My son has had friends staying here all week, two English boys who are camped out in my living room at this moment and will be with us until Saturday when they both fly back to London. My son goes to work every day and leaves them set up in front of the TV. One of them goes out to see his girlfriend but the other mostly stays home so a few times a day I leave my desk where I am trying valiantly to get the book going, and I wander into the living room and say, "Hungry yet?" He seldom is. 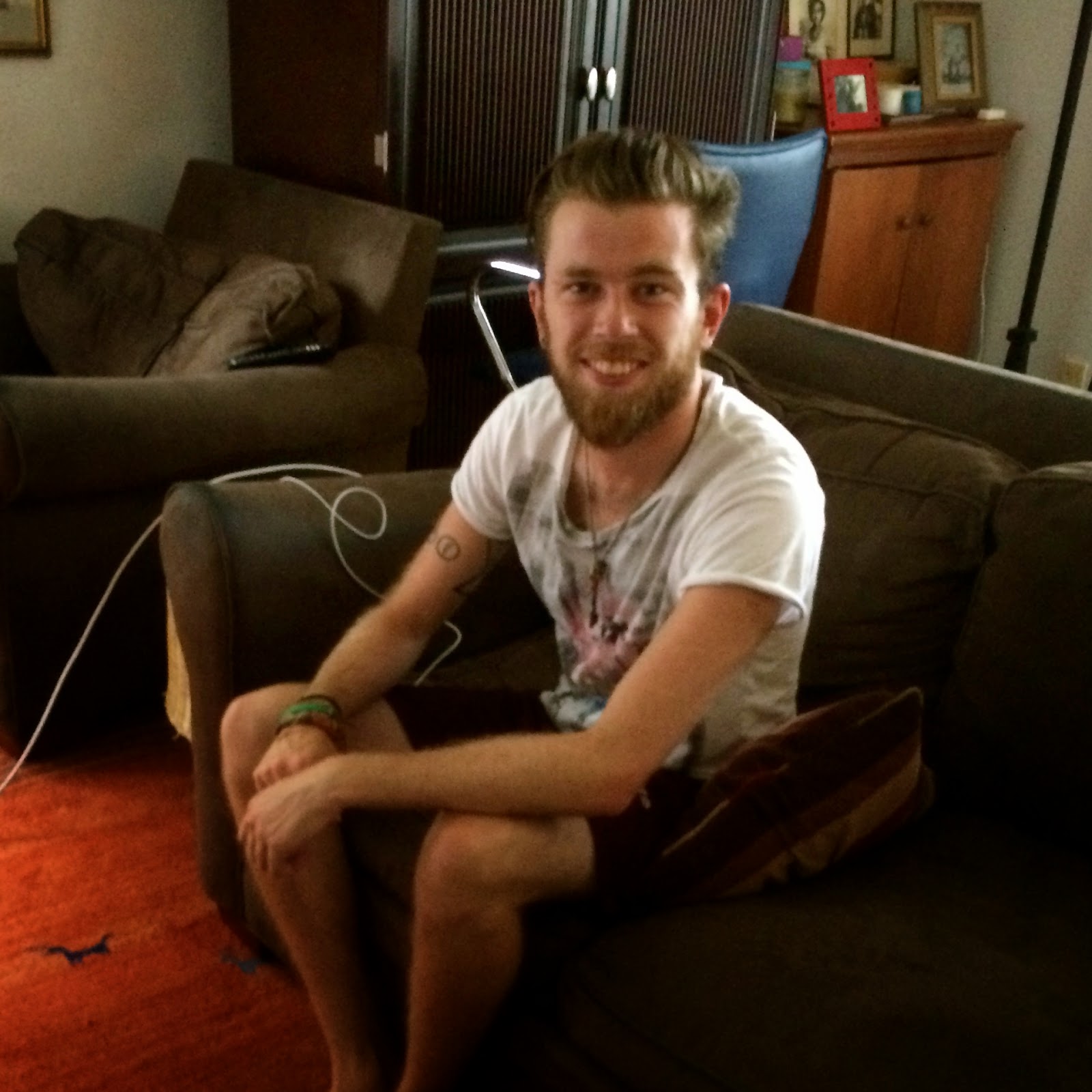 His name is Mikey and he's is a guitarist in a band back home, and I think Ms. Moon would be fond of him. He's skinny and tattooed, his blond hair in an outgrown mohawk and something about him makes me think of Keith Richards. I imagine he is much like the boys who became the Rolling Stones were before we ever knew their names. Almost incongruously, his face beams light; his eyes are generous and happy, his demeanor easy and open. He and I were here just the two of us for two days this week, as everyone else went out into the world to do whatever called them, and he sat and watched episode after episode of The Office as I wrote and did phone interviews at my desk. I thought he must be so bored, but when I asked him he said, "Oh no, I am blissfully happy to just sit here after the hectic summer I've had."

He worked as a unit director at camp this summer, and then traveled to Philly for a concert with my son and a whole big consort of camp people, then to New Orleans with a smaller group that was to have included my son, except he bowed out after his grandfather died and he realized that he'd be away in Antigua for a week and wouldn't be able to work enough hours to swing it. The summer long camp party is winding down this weekend with a final Friday night reunion that is the 21st birthday of one of my daughter's best camp friends. She may travel down from school to attend, except she'll sleep in her brother's room as her room is currently occupied and she's decided she'll get more enjoyment from kicking her brother out of his room than asking those boys to vacate hers.

In other news, the new rector of our church has been hired. Her activist and social justice roots run deep. She's and her partner, also a reverend, have been together for 27 years, and they have two sons, one of whom, it turns out, went to our daughter's progressive middle school. They're a multiracial family, and I think both women are going to be amazing for that little church. The new rector asked my husband how come I wasn't more involved. He told her I'd said I was too OCD for our chaotic heart-on-its-sleeve church and that I'd drive them crazy and they'd drive me crazy, and everyone laughed. Speaking of social activism, my daughter is utterly enjoying a class she is taking this semester called "Modeling Race and Gender" and she called me today to say, "Mom, I just want to thank you for sending me to such a progressive school and for letting me choose clothes out of the boy department at Old Navy and not pushing any gender norms on me." She called her dad later and told him the same thing.

She also told me about a rally for Ferguson that she attended yesterday; a housemate horror story involving a clogged toilet; and that she's off to try out for a step team on campus but was worried about making a fool of herself. "Everyone should feel free to make a fool of themselves on occasion," I suggested. And then I told her about auditioning for the choir I joined. "You had to sing by yourself in front of people?" she asked incredulously, because she has heard my singing voice. "Yes," I told her, "and I did it. And they didn't send me packing." "Well then I can certainly try out for step," she decided. Our whole conversation left me beaming light of my own.