Waking to the Dream 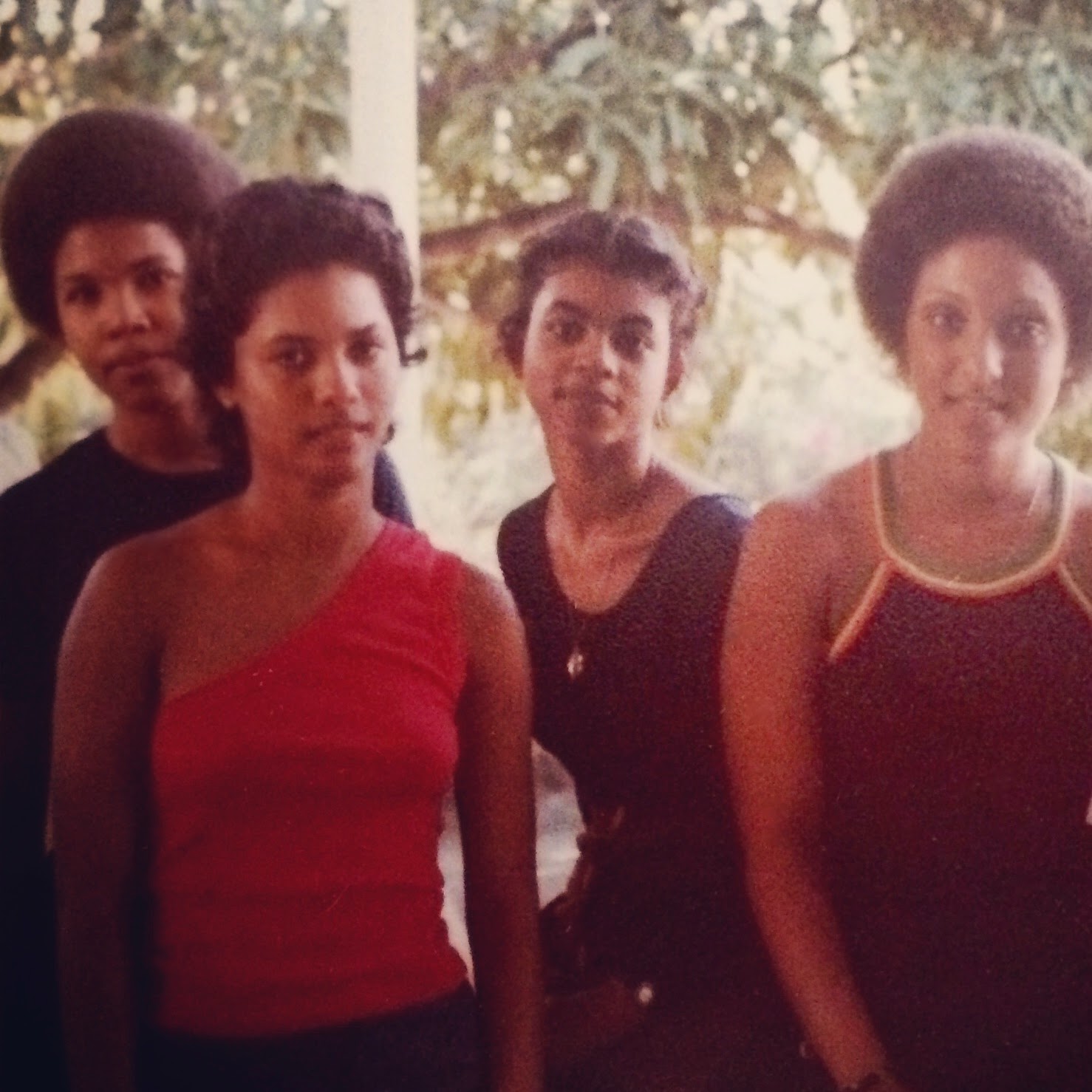 I heard a 76-year-old man say the other day that he had stared into a photo of himself at age 23, and he could not find a single cell that was still part of him today. I know just what he means; our youth can feel like another life entirely, and yet I can still remember the day the photograph here was taken. I was a junior in college, an English and Geography major, with concentrations in writing and cartography. The other women in the photo were all in college, too. From left they are one of my closest cousins growing up, now a fiber optics engineer in Maryland; my college buddy, now an ob-gyn in Florida; my best friend who lived a few doors down the street on Paddington Terrace, and who became my brother's first wife, now a nuclear chemist living in Germany. And me, of course, a writer and editor living in New York City. On a charmed afternoon one summer in Jamaica, we stood together for a picture, hardly imagining where our lives would take us.

One of the classes my daughter is taking this semester has her all lit up. She called me yesterday, brimming with questions, her brain buzzing from the usual rousing class discussion. I think I've mentioned the class here before, Modeling Race and Gender. It has inspired my girl to minor in Africana studies and women's studies in addition to her hospitality management major. Yesterday, the discussion in class centered around the question of when does one feel one has become a woman, or a man, and is it the same thing as becoming an adult. She wanted to mine deep philosophical underpinnings to the question, and we had a wonderful discussion about it. I learned she later quizzed her brother and her boyfriend  in a similar manner, and had asked many of her girl friends about it, too. She wants to write a paper on the question, interviewing lots of people, finding the threads that weave through.

She was handpicked for an amazing opportunity the other day, an invitation to apply for an internship in Milan next summer. I think I'm supposed to keep this vague. She is torn. She feels completely honored and excited, but the internship is three months long, and she might have to miss the fall semester of her senior year to take advantage of it. She thinks she'll also need to learn Italian, and has set herself the task of sitting down with the Rosetta Stone course over her month-long winter break. She reminds me that she hasn't got the job; she has merely been invited to apply, but truly even that is an honor as only four students have been so chosen.

My son, meanwhile, is waiting for the FDNY-EMT application period to close today, so that he can get a sense of where he falls on the recruitment list. He so wants this, and therefore I want it for him too. I look back at that photo above, and I realize we are the ages my own children are now, 20 and 22, all of us dreaming of where the future would lead. The photo brings home to me the vast possibilities still ahead of my children. Everything is before them. They've only just begun.