Every path is the right one 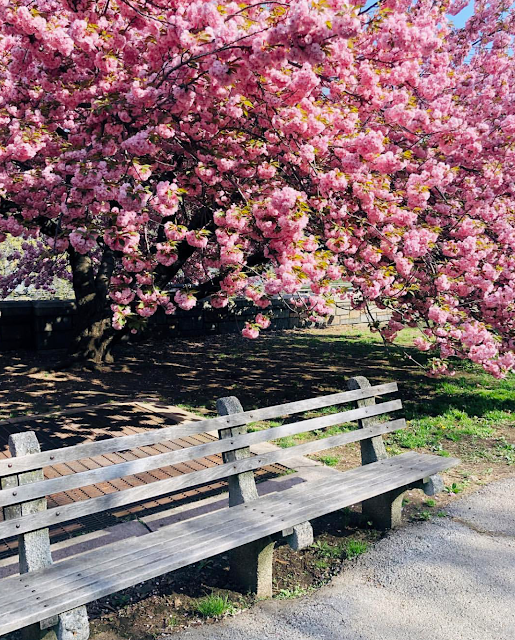 For most of yesterday, I was in a funk. I get all knotted up inside when I don't hit my marks every time. What am I talking about? The wrongheaded notion that if I don't do something perfectly every time, if everyone is not immediately pleased with my efforts, I'm somehow an utter and abject failure. Like, if I don't post a loss on the big screen at my weight loss group every week, to quote a benign example. Never mind process. Never mind trial and error and begin again. Never mind the imperative of outside perspectives. I know I'm being oblique, but the point is I was really down on myself yesterday, wondering if I am on the right path. To make matters worse, not one, but two alternate paths presented themselves to me, neither of which I could fully explore, because I've already committed to the path I'm on, and will have to travel this stretch of the road to its destination. I have no idea if these other opportunities will still be there when I've completed the particular journey I'm on. Both of them seem less angst ridden than the choice I made, and offer more security, too.

To be slightly less oblique, one opportunity involved reuniting with my former work wife. We were both deputy editors at a women's magazine for many years, and had a seamless working relationship that was enjoyable to us both. Now she is in a new position and proposed to bring me on board. But our timing is all wrong. I got off the phone with her thinking the universe is just fucking with me, making me second guess my decisions. Or maybe I'm so confused in my own head my spirit guides don't know what to make happen for me (if you know about Tut's daily notes from the universe, you won't think I'm so crazy).

And then last night I went to a talk on meditation for weight loss by a fellow journeyman. My funk yesterday was not exactly about weight loss, but since everything is interconnected, it stands in for an aspect of myself that could use some reframing. This man who gave the talk used to weigh 461 pounds. In the same year-long weight loss program I just completed (in which I lost 50 pounds—yay, me! but still more to go) he came down to 340 pounds. In the year after the program, he lost an additional 115 pounds, and he did it by learning to how to meditate.

He said some things that rocked me with a blast of recognition: He called his hunger a raging river, for example, and said that at the start of his weight loss journey his goal was to gain control over that river, to learn how to navigate it. But at a certain point, as he began to investigate ways to tamp down his unceasing desire for food, he realized that it wasn't his hunger he had to gain mastery of, but his craving. It was a subtle distinction but I grasped it in the deepest way. Food is comfort. But what is it that makes our need for comfort so enormous? How can we touch that?

There was so much more from this man who spoke to us with his heart on his sleeve, who had clearly walked the path we were walking, who got it. He is normal sized now, tall and attractive in a dark haired, self-deprecating Al Pacino way, with the slightly awkward body posture of a man who used to carry a lot more weight—it was endearing. Some of what he said echoed what our friend here, Scott aka Tearful, has written about meditation, and about clearing the mind, non attachment, being a mirror for the world, taking all of it lightly, allowing all of it without judgment or suffering. Scott, of course, says it so much more eloquently than I just did, but a lot of what I didn't understand before, clicked into place last night. And when I came home, the knots in my stomach, the anxiety and feelings of impending failure, were gone. Everything was just what it was, and would be met in due course, and worked through. I didn't have to catastophize and manufacture problems that had not yet arisen. I could be in the moment. And I could eat a healthful dinner with my husband and feel satisfied.

May I grow more into this meditation adventure with time. Another thing I heard last night that was useful: No one feels as if they're doing it right when they start meditating. Don't worry about it. Just do what you do and keep clearing the mind, keep focusing on the breath, keep starting again, a minute at a time. I can do that. I don't have to be perfect. What a relief to stop reaching for an impossible state. I can just be.