The stages of fascism 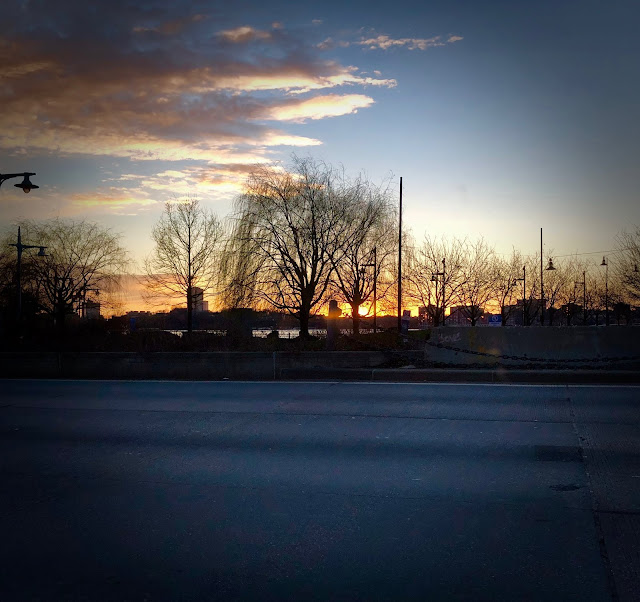 A woman I work with is Muslim American. As she sat among fellow parents at her daughter's graduation on Tuesday, the Supreme Court of the United States announced that it had upheld the third iteration of Trump's Muslim Travel Ban by a margin of 5-4. Devastated, the woman watched her daughter graduate from middle school through tears. This was not the country she had been born and raised in. Her children were definitely not having the carefree upbringing she had known.

There have been a raft of other troubling SCOTUS decisions this season—the weakening of unions, the roll-back of pro-life protections, upholding a baker's right to discriminate against a gay couple, allowing states to gerrymander their voting maps at will. Then yesterday came the news that Supreme Court Justice Anthony Kennedy, a centrist, is retiring, giving Trump the opportunity to place yet another Handmaid's Tale extremist on the bench, one who will be committed to eroding reproductive rights and gutting health care for all. Why couldn't it be Clarence Thomas who was retiring? The man is an absolute waste of judicial space, and has been for decades. So now, the progressives in Congress are gearing up for a fight to delay seating a new justice until after the midterm elections, citing the GOPs refusal to even hold hearings on Obama's Supreme Court pick Merrick Garland in the eight months before the 2016 elections. The hope is that Congress will be very different in January, with a lot more women and progressives and people of diverse experiences, which might allow a more centrist jurist to be appointed, rather than another Neil Gorsuch, which would sink us all.

In December of 2016, a month before Trump was inaugurated, Evan Osnos wrote a piece in the New Yorker that asked this heart-stopping question: "What is the precise moment, in the life of a country, when tyranny takes hold? It rarely happens in an instant; it arrives like twilight, and at first, the eyes adjust."

In her post yesterday Sabine addressed exactly that question, recalling her own family's existence in Nazi Germany and posting an excerpt from an Irish Times piece on how fascism takes hold. I could hardly breathe as I read the excerpt, which I've posted below. It so fully describes this moment. Let us not be sheep.

Fascism doesn’t arise suddenly in an existing democracy. It is not easy to get people to give up their ideas of freedom and civility. You have to do trial runs that, if they are done well, serve two purposes. They get people used to something they may initially recoil from; and they allow you to refine and calibrate. This is what is happening now and we would be fools not to see it.

One of the basic tools of fascism is the rigging of elections – we’ve seen that trialled in the election of Trump, in the Brexit referendum and (less successfully) in the French presidential elections. Another is the generation of tribal identities, the division of society into mutually exclusive polarities. Fascism does not need a majority – it typically comes to power with about 40 per cent support and then uses control and intimidation to consolidate that power. So it doesn’t matter if most people hate you, as long as your 40 per cent is fanatically committed. That’s been tested out too. And fascism of course needs a propaganda machine so effective that it creates for its followers a universe of “alternative facts” impervious to unwanted realities. Again, the testing for this is very far advanced.


But ... there is a crucial next step, usually the trickiest of all. You have to undermine moral boundaries, inure people to the acceptance of acts of extreme cruelty. Like hounds, people have to be blooded. They have to be given the taste for savagery. Fascism does this by building up the sense of threat from a despised out-group. This allows the members of that group to be dehumanised. Once that has been achieved, you can gradually up the ante, working through the stages from breaking windows to extermination.

It is this next step that is being test-marketed now. It is being done in Italy by the far-right leader and minister for the interior Matteo Salvini. How would it go down if we turn away boatloads of refugees? Let’s do a screening of the rough-cut of registering all the Roma and see what buttons the audience will press. And it has been trialled by Trump: let’s see how my fans feel about crying babies in cages.
Posted by 37paddington at 11:16 AM