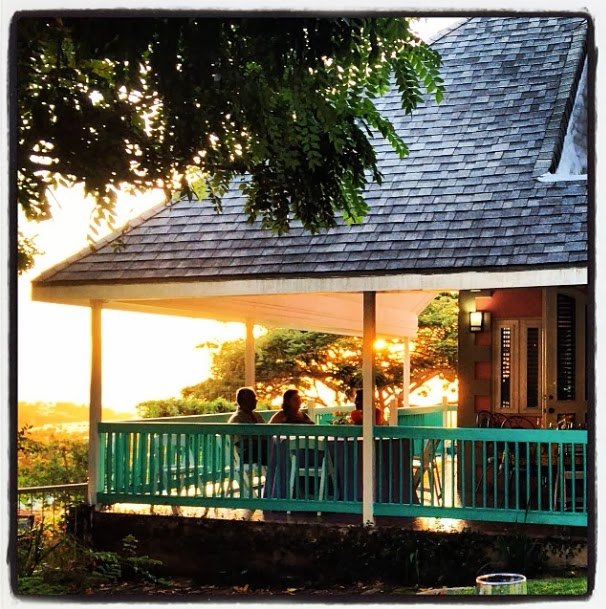 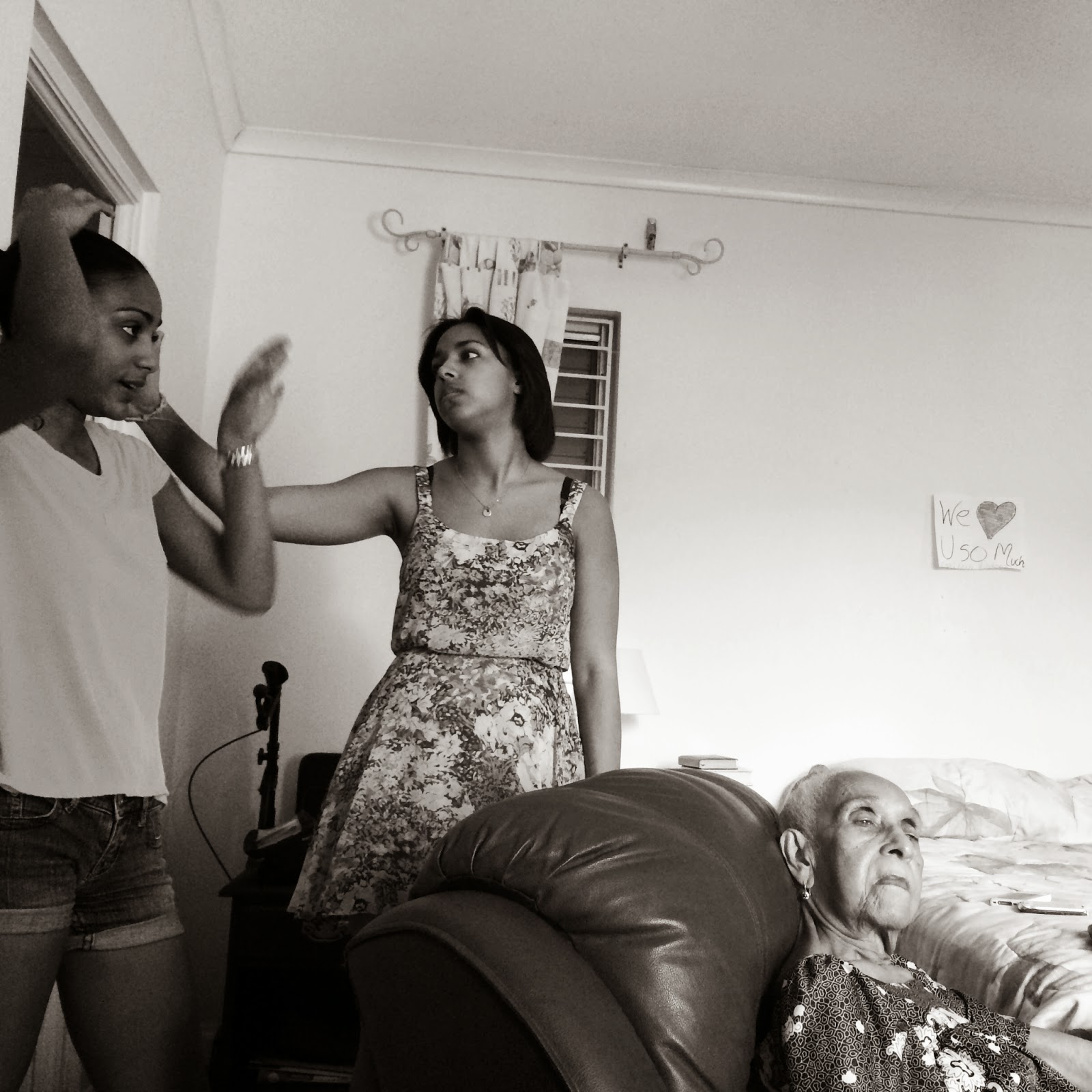 I watched the sun set over Kingston from that verandah yesterday evening. I'm in Jamaica. The days are slow, but not. I feel oddly disconnected from myself, though I am managing to be very social. My mom is as frail as can be. I know this stage. She is traveling the same road as Aunt Winnie so I have a fairly good idea of what is ahead. She's a lot brighter since we came. Her cheeks more plump. her back straighter so I think our company is doing her some good. Her granddaughters sprawl across her bed laughing and talking and showing each other funny videos on their cell phones, and my mother looks across at them with an indulgent smile. She speaks so softly now. She is difficult to understand, but if you lean in close, you can pick out the words. My daughter sleeps with her at night. She says her Grandma turns to her at random points in the night and starts telling her such serious things. Last night she said to her, "My mind is crystal clear but my body is a prison." I don't know what my daughter said in response. It has just occurred to me that I never asked that. My mother's statement stopped me cold. 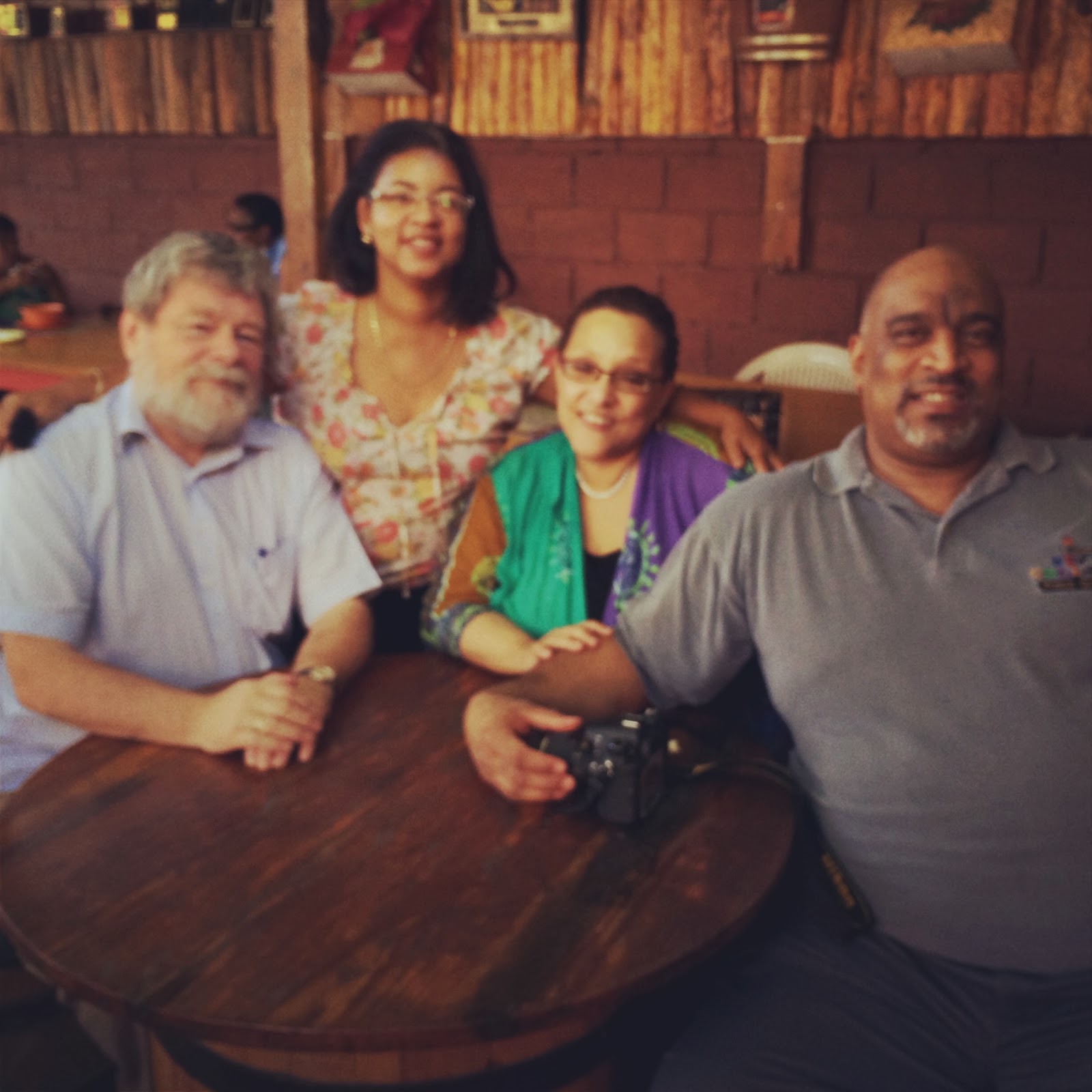 Went to lunch with one of my very best friends from my teen years. We spent many happy hours cross-legged on her bed or mine, sharing secrets and hearts and not a few scandalous diary entries during the years we both lived four houses apart on Paddington Terrace. She was my brother's first wife, but now they are just good friends and she is the godmother of his oldest child. They were amicably separated for many years until one year at a biochemical conference she met her soulmate and asked my brother for a divorce. Her soulmate turned out to be a German scientist and she has lived in a small town in Germany ever since. I love when our visits to Jamaica overlap. She is the kind of friend that it matters not at all how much time has passed, we pick right up where we left off. Her husband is a gruff genial sort and I adore him as well. The two couples of us get on very well. We have been promising for years to visit them in Germany. Why have we never gone? It never felt as if I had the time, and now I have the time, but not the money. But may 2014 be the year that we actually make good on that promise. 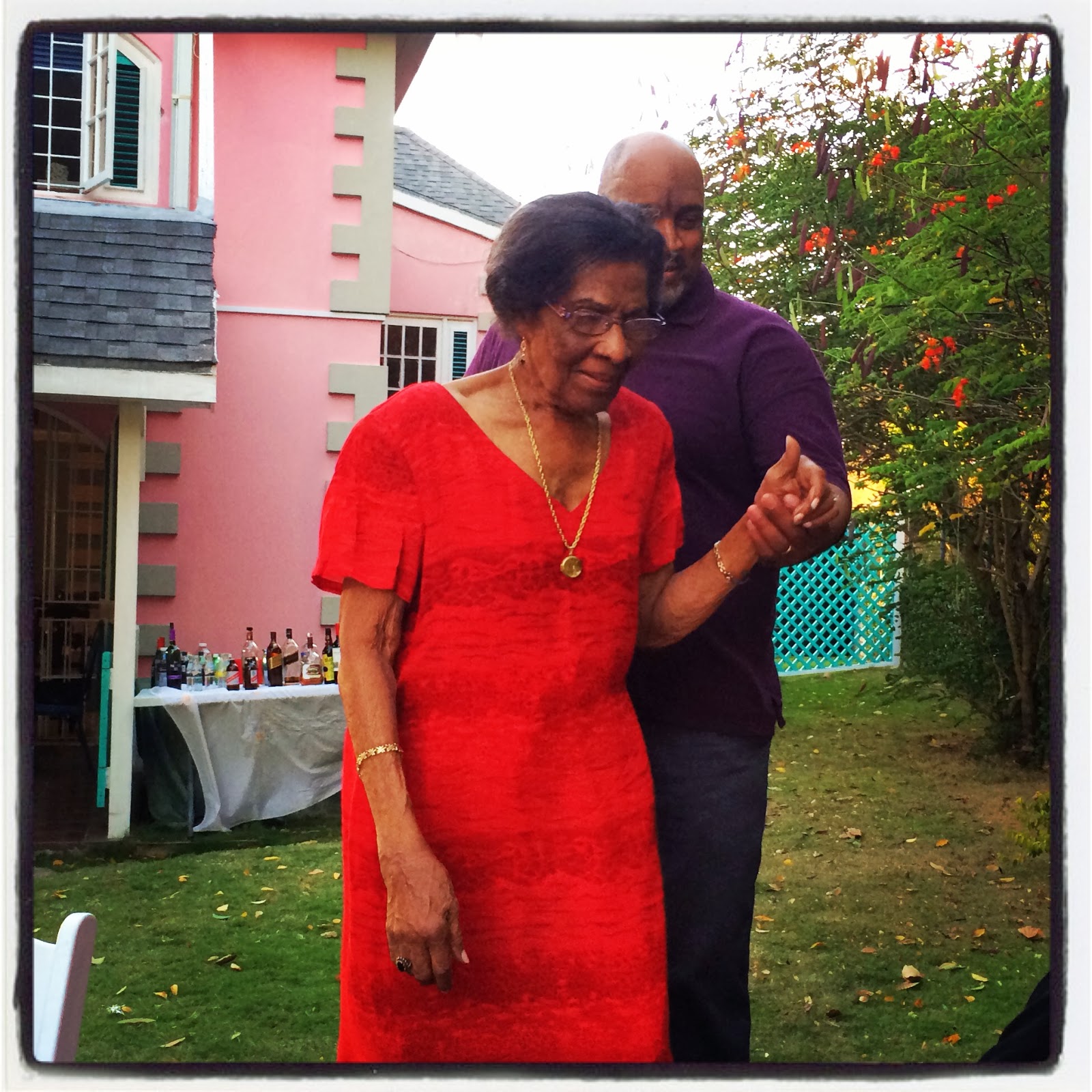 My Aunt Megan, who is like family but who is not blood, turned 90 yesterday. Her grown children, who used to live with us on Paddington Terrace in Jamaica during the school year while their dad worked as a jurist in Belize, threw her a party at her son's house up in the hills over Kingston. I saw so many people I had not seen in more than twenty years, some since high school. They seemed so happy to see me after all this time, especially the two women who went to my high school, one of whom I had been very close to. Her name is Denise and she kept running her hand over my face, my hair, making sounds of wonder at the fact that here we were again in the flesh. She told my husband that I had always had a camera at my eye in high school. "Writing and taking pictures, she did both constantly. You came around a corner and there she was with her camera pointed at you. We got used to it." My husband told her nothing much had changed, it was still the same. But quietly I marveled at how clearly our passions present themselves at an early age, though we don't always know to pay attention. 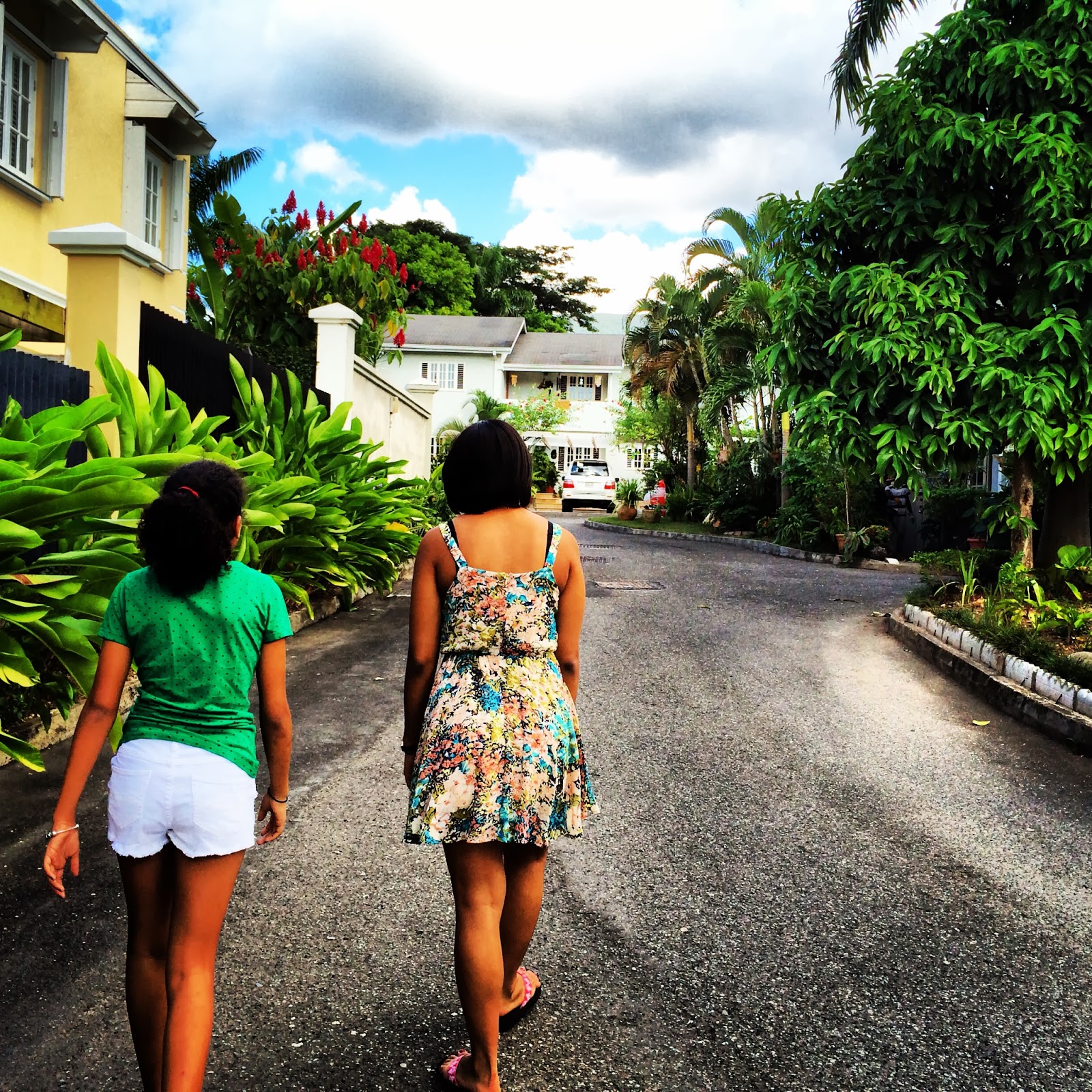 The other woman had been a younger girl, several grades behind me. She said I was always nice to her, and she used to boast to her classmates that her cousin lived with me and that she knew me well. She laughed and said it gave her some stature to know the deputy head girl personally. She said she had wondered about me often over the years and had seen me on Facebook but didn't try to friend me because she didn't think I'd remember her. I couldn't think why I would have stuck with her in memory but I confess it made me feel as if I had once been a little bit special. She lived in Canada for 27 years after high school, and came back to Jamaica seven years ago when her father fell ill. She has since lost both her parents, but has chosen to stay. I wondered about her reentry after so many years away. She met a man when she came home to Jamaica, a gentle sort who grows acres of heliconias, and the two of them are sweet together. Still, I lay in bed last night wondering if I could ever return. I left at age 18, still a child, and New York claimed me for its own. I belong there now. There is some sadness in knowing that the place where you were made has become, in a myriad indefinable ways, closed to you. As Derek Walcott wrote (the quote might not be exact), "to travel is to return an exile."