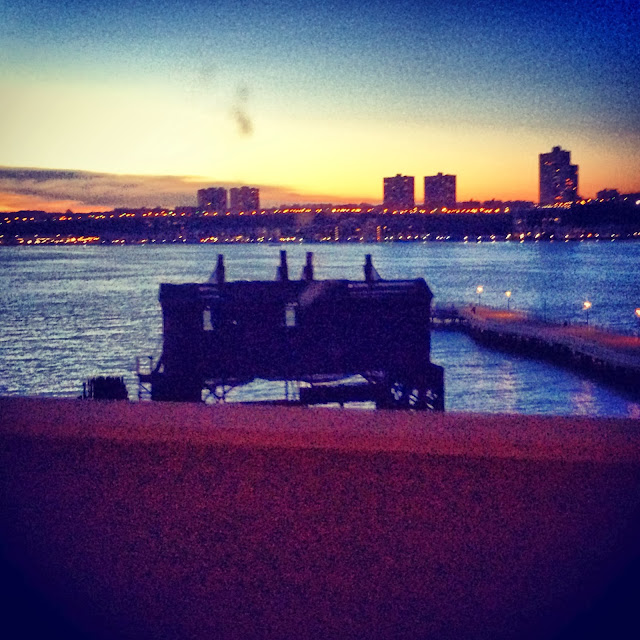 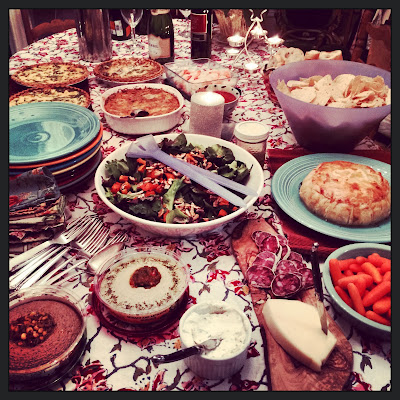 We brought in the new year with dear friends, the vibe easy and comfortable, the table covered with a pot luck feast. We sipped prosecco and wine and noshed all evening, chatting and laughing, until it was time for the ball to drop at which point we all held our glasses aloft and shouted Happy New Year! then hugged and kissed each other before engaging in that post midnight ritual of texting loved ones elsewhere. We weren't being rude. We were all doing it. We laughed about this new habit in the age of smartphones as we each tapped away, a texting circle. 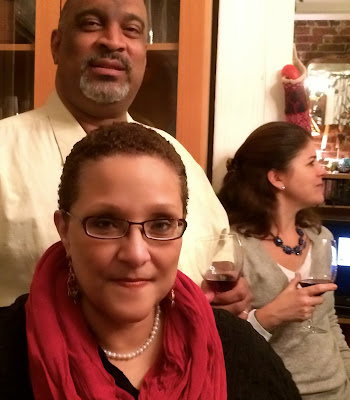 My daughter was in New Jersey at a formal event with friends, apparently having a wonderful time. Our son didn't respond to our texts, probably because he, too, was having a good time with friends. His arrival home this morning, well into daylight, confirmed this. He's now napping on the couch with a plan to meet friends at 1 p.m. for the New Years day polar plunge in the freezing waters off Coney Island. We'll see if he makes it. (He did! I hope he takes pictures!)

There was sad news from Jamaica last night. My uncle, my father's only brother, his body riddled with cancer that he chose not to be treated for, developed breathing problems and passed away just before midnight. Three of his four children and their families were around him when he took his last breath. The fourth lives in Orlando and was present on the phone. My brother called me with the news. I stood in the hallway of my hosts' home and tried to process yet another of the old ones leaving. I refused to be morose. Uncle Roy went out on his own terms, at home with the ones he loved best holding him. My brother was actually with my mother, choosing to bring in the New Year with her. She was fast asleep at midnight. But she knew he was there.