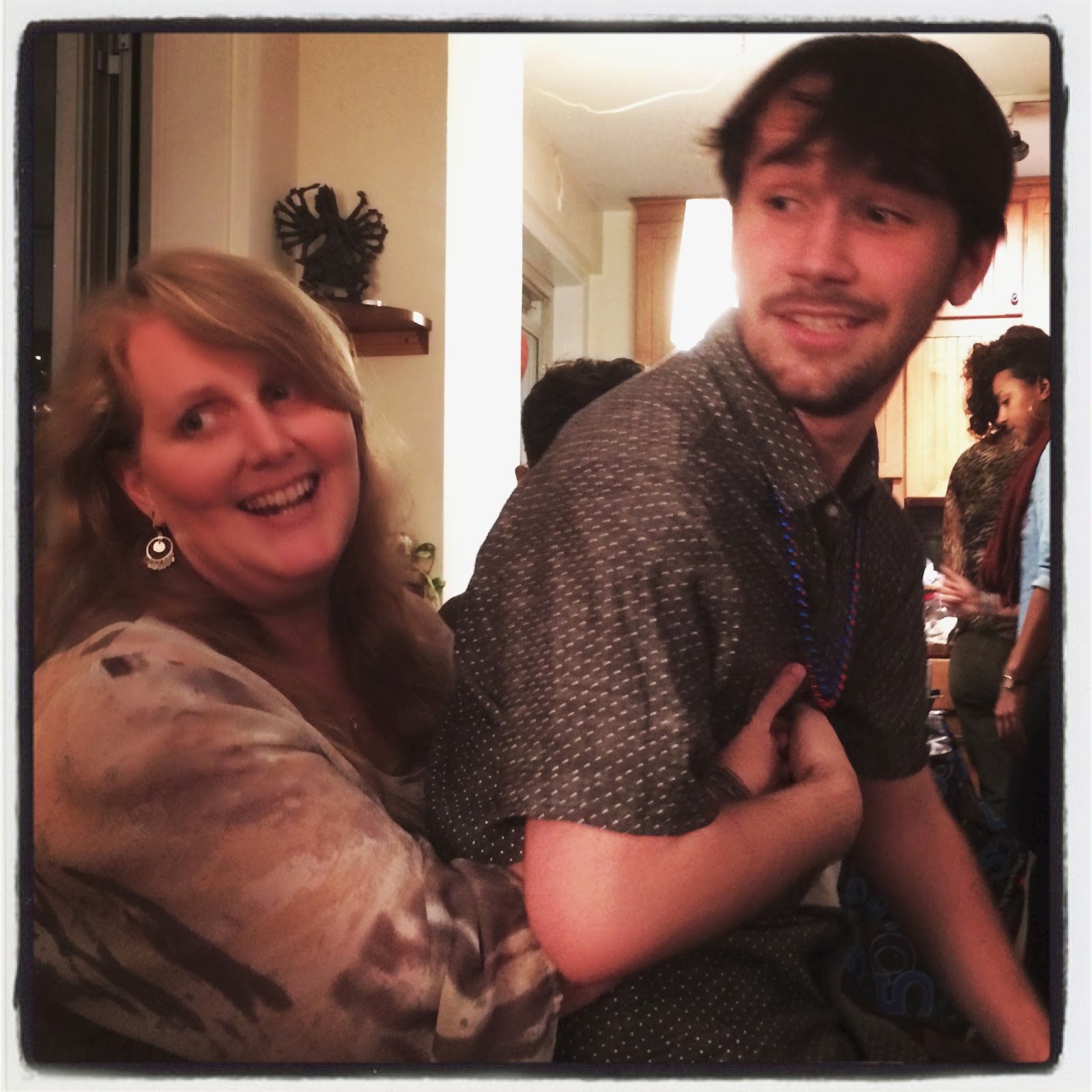 I'm back in New York, our flight having arrived well after midnight on Saturday. Also yesterday, Leslie, my friend of more than fifteen years and partner in Saturday afternoon rambling, turned 50, long after the rest of us. We had a little party to celebrate the baby of the group. I love that snap of her with her son, taken right after he presented the cake on bended knee and she blew out the candles.


My friend Isabella and I created a little drama when we started a fire by placing a paper napkin on a tea light that we didn't know was there. I grabbed the flaming napkin before it could scorch the side table and tried to blow out the fire. It only bloomed. I dropped it on the floor and Isabella and I stamped on it furiously but the flame seemed to keep dodging our boots and trying to find the curtains. And then in the same thought, hearts racing, we emptied our glasses of Prosecco onto the fire, and that doused it. Everyone in the room watched us with no apparent panic. It was like one of those slow motion things that could have gone very wrong, but fortunately didn't. Isabella said later, "We were fast! We are both always so braced for disaster, we knew what to do!" It's true. She and I text each other down from the ledge almost daily. Afterwards, when the danger was averted and nothing was singed, not even the hardwood floor, it was comical. Isabella and I went around the room surreptitiously putting out all the tea lights after that, because they were tucked in places difficult to notice and we didn't want a repeat. Other than almost burning down our hosts' home (in the same building where we live, by the way) it was a fabulous evening.