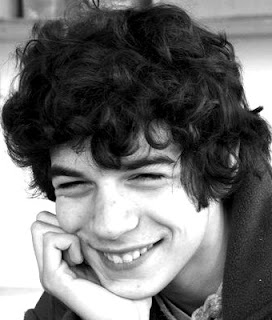 Katie Granju, whose son Henry sustained massive brain and heart injuries in a parking-lot assault compounded by a drug overdose, has been fighting since the day Henry was brought to the hospital bleeding and brutalized, to get local authorities to properly investigate what happened to her son. A month later, Henry died of his injuries. Now, after months of official inaction and apparent obfuscation, Katie is telling the whole story of what transpired over at her blog, mamapundit.com.

Henry's story broke my heart when I first became aware of it. Katie Granju's firstborn arrived on this earth three days after my own son, and that made what his mother was going through so immediate for me—there but for the grace of God. What has happened since is just unfathomable. After Henry's family recovered his cell phone containing texts that explained what had unfolded, for example, officials refused to even look at the texts, saying it was unnecessary for them to follow up on the leads provided. They declined to speak to people Henry had texted in the hours before his assault, they neglected to interview Henry before his death, and they never met with his family after it.

His mother now feels she has no choice put the put everything she knows in the public domain. Please stop by Katie's blog and leave a comment. It will help focus attention to the stalled investigation and on the exploding national epidemic of children being lost to addiction to pain pills and other street opiates. And it will hopefully bring justice for Henry.
Posted by 37paddington at 1:13 PM