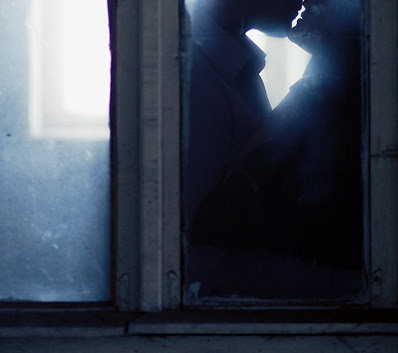 As my husband I walked towards our apartment building on New Year's night, discussing whether to open the Prosecco chilling in our fridge or the expensive champagne that my boss who is no longer my boss gave us a year ago, we heard laughter behind us. It was one of our neighbors, a quiet Asian woman who I see coming home from work many evenings at the same late hour I do, who nods pleasantly and says hello before her face knits back into its usual concentrated expression. But tonight she was laughing with open-throated abandon, and a tall man was with her, bending to whisper something, and her laugh rolled out into the night air like rich music.

We shared the elevator going up. She smiled and said hello, and the gentleman followed her cue, his accent was some kind of European, French perhaps or maybe Dutch, I don't really know. I only know English wasn't his original language, and his voice sounded low and melodious and breathless. The woman's face didn't fall back into its usual closure, instead it danced, the lights in her eyes glittered like refracted jewels, I swear they bounced off the walls of that small space. Her head wasn't thrown back exactly and yet her soundless laugh as she looked up at her companion had that attitude. It was intriguingly at odds with the primness of her dress, her black sweater set and tartan pencil skirt, her sensibly cropped hair and low-heeled brown shoes. The man, also tweedily dressed, said nothing, just gazed at her with eyes that were clearly saying something. He didn't actually incline himself towards her but he looked as if he could barely restrain himself from doing so, as if they were holding on to decorum for dear life until we got out of the elevator.

We exited before they did, both couples bidding each other happy new year, and as the elevator door closed we saw them turn towards one another.

"Well, they had some heat," my husband noted, his hand finding and closing around mine as we walked down our hall. Indeed they had so much heat they cast sheets and spells of it around anyone who entered their orbit. This is not a complaint.
Posted by 37paddington at 11:30 AM