I am listening to Joe Scarborough minimize the historic proportions of President Obama's announcing that he is in favor of gay marriage on Tuesday, and Mitt Romney's leading a group of boys in bullying a student presumed to be gay during his prep school years. Yes, Joe is strenuously minimizing both events. I'm talking back at my television a lot this morning.

I suspect there was a political calculus involved in the fact that these two stories broke a day apart in Washington. Still, the fact that everyone in the press already believed that Obama supported gay marriage, does not negate the fact that he has now actually come out and said it. It is not a non-event as Joe Scarborough, wrapped in the Republican agenda, is arguing. Rather, it is a significant advance in the fight for equal rights. I got a little choked up, especially when Obama talked about his daughters having friends with devoted and committed same sex parents, and how his girls did not understand why their friends' parents should not have the same rights as other parents.

What is also a big deal is that Mitt Romney, candidate for president, believes his inciting a group of boys to pin a fellow student to the ground while Mitt chopped off his bleached blond hair, all this while the student cried and called for help, was merely a boyish prank. Worse, Mitt says he doesn't remember the incident, though the other men who participated clearly recalled it and were even haunted by it when interviewed by the Washington Post. Though Romney was 17 or 18 when it happened, he does not remember the time he humiliated a younger boy because he didn't like the way that boy walked and spoke and wore his hair.

What the hell? Who doesn't remember a thing like that? If Romney's really blank on the fact that he did this, then the man is worse than a bully. If the distress he inflicted on this victim was so lost on him that he didn't retain the incident, then the man is a sociopath. More likely, he's just lying, which carries its own appalling calculation. Does he really think claiming no memory of times he acted cruelly will exonerate him and put questions of character to rest? One more reason Obama is my president. 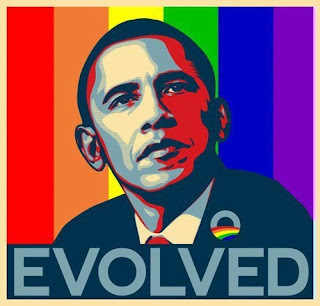