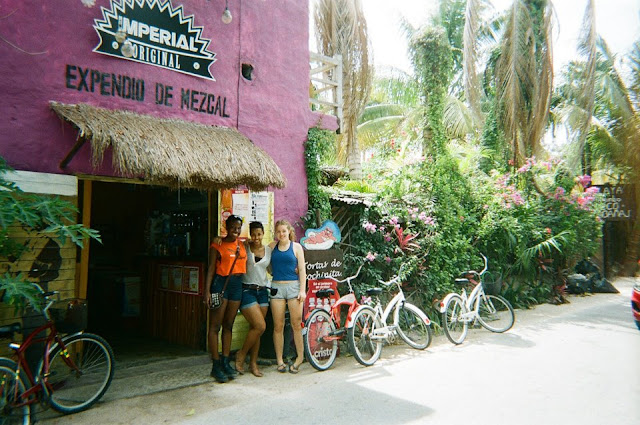 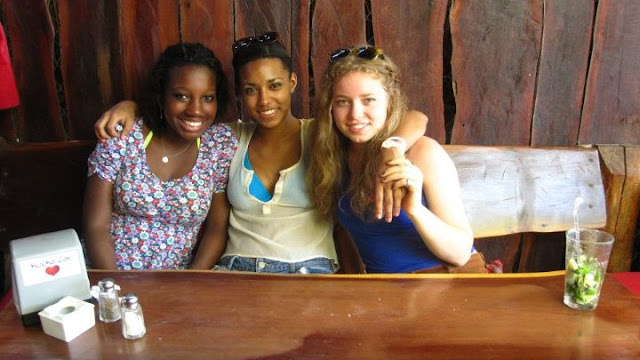 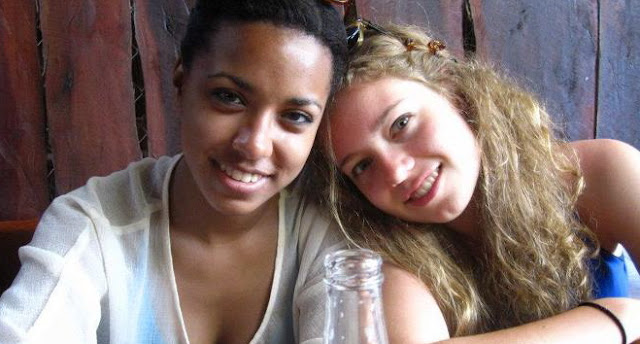 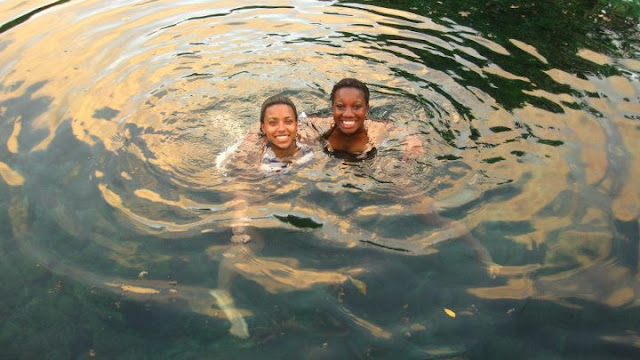 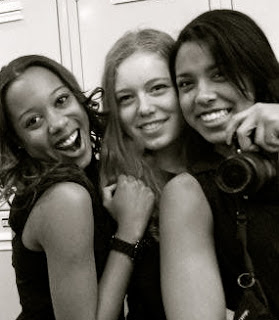 You're going to have to indulge me. My girl is flying away soon and so every picture I find of her I want to have and hold. Here are more from when she was in Mexico. There was also a sweet video clip from that trip. If I can figure out how to upload that too, I shall. The black and white photo was taken at school. I think this one is a portrait of the crew celebrating that glorious condition called "Senioritis."

As long as I'm collecting images, here are two more, these of my daughter and my niece after the great prom shoe quest this weekend. There they were, these beautiful young women, walking around the house in their newly-acquired heels, which my husband had driven them from one store to the other so they could purchase. My girl had seen that electric blue suede peep toe number a week earlier and had come to the conclusion that no other shoe would set off her white prom dress quite as well. That she waited a week to decide this was both to her advantage and not, because when she went back for the shoe, the good news was that the price, previously $50, was now $29, but her size was not in stock. The sales lady thought we'd have better luck at their midtown store, so my long suffering husband drove the girls there, and my daughter managed to find the last remaining pair in her size in the city.

My niece decided she needed a pair of snazzy black heels, and bought the same style, hence both girls "walking in" their shoes as they watched TV and read magazines and Facebook'ed and ate dinner last evening. When I took out my camera, they squealed and said, "Let's take prom pictures!" and then as my husband watched bemused from the couch, they proceeded to exaggerate all the cheesy poses that every prom pair somehow ends up doing. A perfect touch was that the tags were still attached to their shoes. It fills my heart with the sweetest sort of happiness to see these two together, and to know that even though I only birthed one girl, my daughter has a sister in the fullest sense of the word. 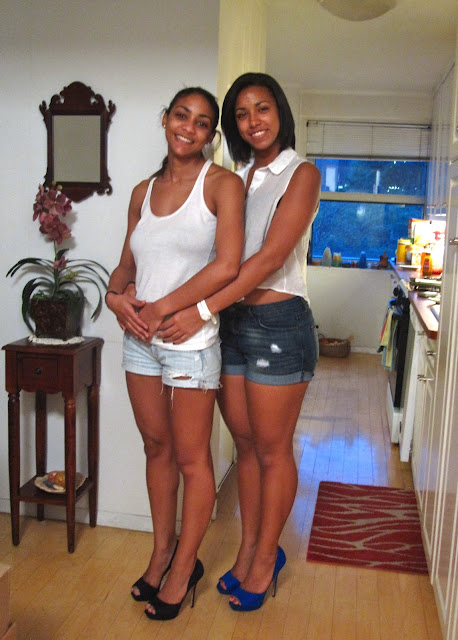 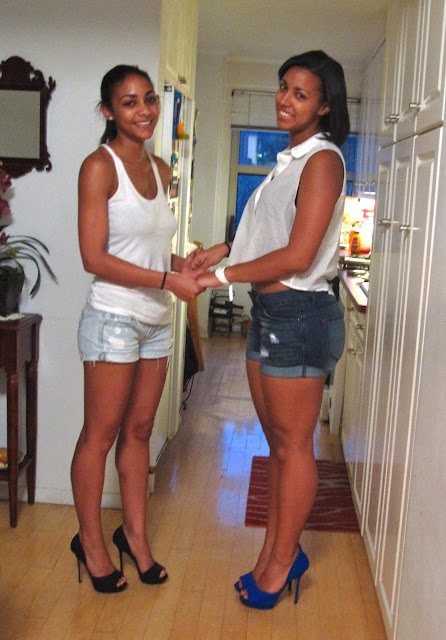 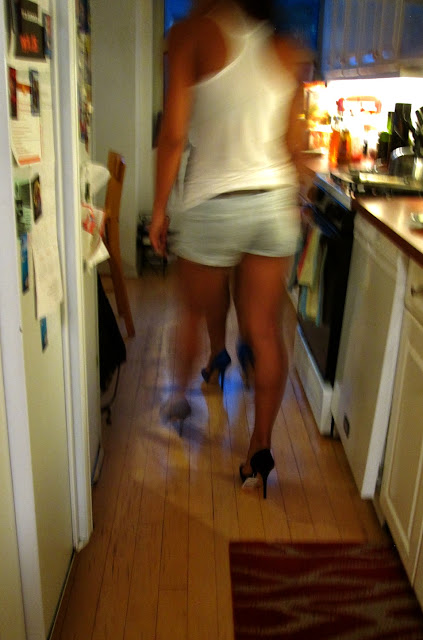